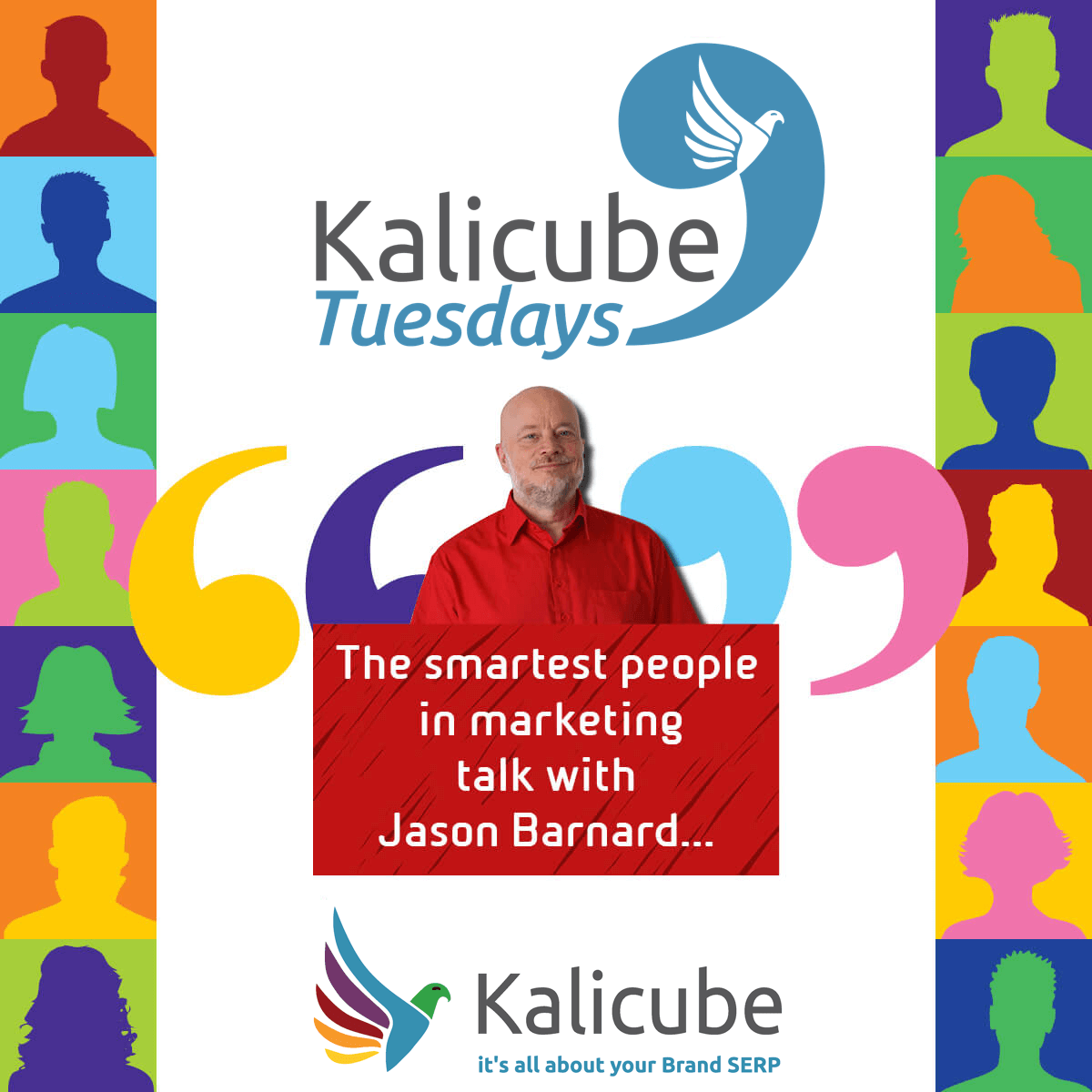 “Kalicube Tuesdays” is a popular series of digital marketing events that livestream to YouTube, Twitter, LinkedIn and Facebook. It is organised by Kalicube and hosted by Jason Barnard (the Brand SERP Guy).

The series is organised by Kalicube and each event is live streamed from their head office in Aubais, France every Tuesday afternoon.

Audio recordings of the conversations are republished as part of the ”With Jason Barnard…” podcast series.

Launched in June 2020 Kalicube Tuesdays was initially an experiment (in partnership with Wordlift) that aimed to learn about managing knowledge graphs in the context of SEO. It is now a groundbreaking application of Knowledge Graphs in SEO, a powerful demonstration of the practical use of structured content in the context of digital marketing, and also a popular online event in the digital marketing community.